An excerpt from Anthropologist James Mooney’s book Myths of the Cherokee (1900).

“The earth began as nothing but water and darkness, and all the animals were in Galúnlati, above the stone vault that makes up the sky. Eventually Galúnlati became so crowded that the animals needed more room, and they wanted to move down to earth. Not knowing what was below the water, they sent down the Water-beetle to explore. Water-beetle dove below the water and eventually came back with some mud from below. That mud grew and grew, and finally it became the island that we call earth. This island of earth is suspended at its four corners from ropes that hang down from the sky, and legend has it that some day the ropes will break and the earth will sink back into the water.
Because it grew from mud, the new earth was very soft. Many of the birds flew down to explore the new land, but it was too wet for them to stay. Finally the buzzard flew down, hoping it was dry, but the earth was still wet. The buzzard searched and searched, especially in Cherokee country, and finally he became so tired that his wings flapped against the ground. His wings dug valleys where they hit the ground and turned up mountains where they pulled away, leaving the rugged country of the Cherokee.” 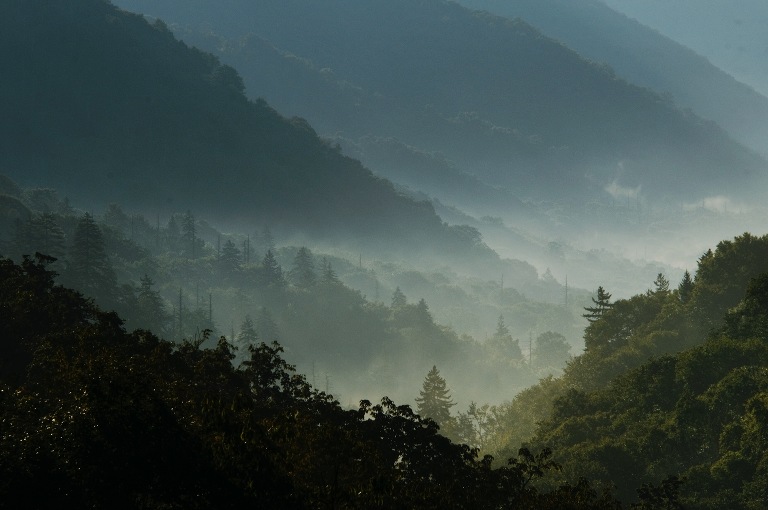 Posted in Explore
« The Hondaminium
One Day I Won’t Return »