Finally made my way up to Shuckstack yesterday morning. This 60 ft fire tower is at the southern most end of the Smoky Mountains and the last one I needed to climb to say I’ve seen them all. (In the park that is..)

Shuckstack Mountain narrows to a very cramped peak at the top. What makes this location interesting is that the remnants of the fire ranger’s cabin are still there, just a few feet away from the tower. Some of the foundation stones, the chimney, and the cistern are still intact.

The fire tower sits atop a 4,000 ft peak overlooking the Fontana Dam and is one of the only three remaining in the park. If you’re able, I would highly recommend you go see these fire towers before they fall into further disrepair and the park decides to remove them as they did with all the others. To my knowledge the park service puts little to no effort into maintaining them. The Mount Cammerer fire lookout was completely restored several years back by a dedicated group of enthusiasts and private donations, in fact Shuckstack is probably in danger of being removed as they don’t have any weather or air quality equipment attached to it, like on Mount Sterling. 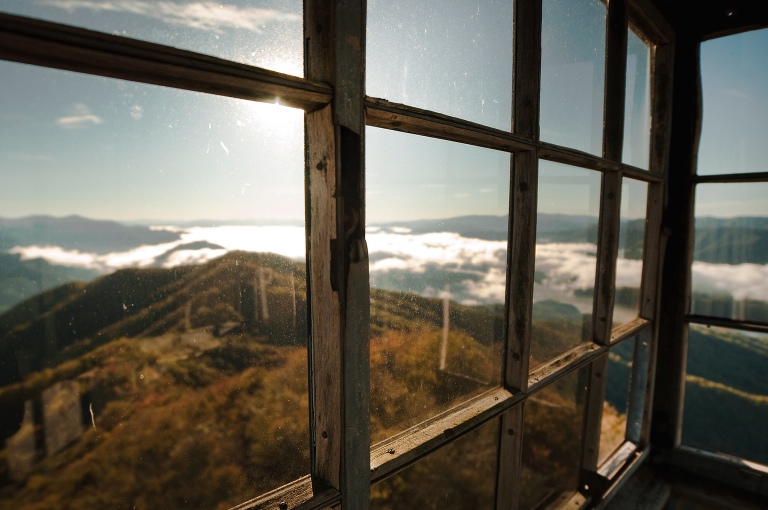 Posted in Landscape
« One Day I Won’t Return
Cataloochee Elk »