Cades Cove settler Russell Gregory lived on this mountain in a circular stone cabin near the summit during the warmer months. Russell would graze his cattle in the spring and summer when the fields below were needed for growing crops.

The story goes that Gregory, who (like most residents of the cove) supported the Union during the Civil War, was murdered by Confederate bandits in 1864, after they had killed a few head of his cattle and he’d gone to confront them. 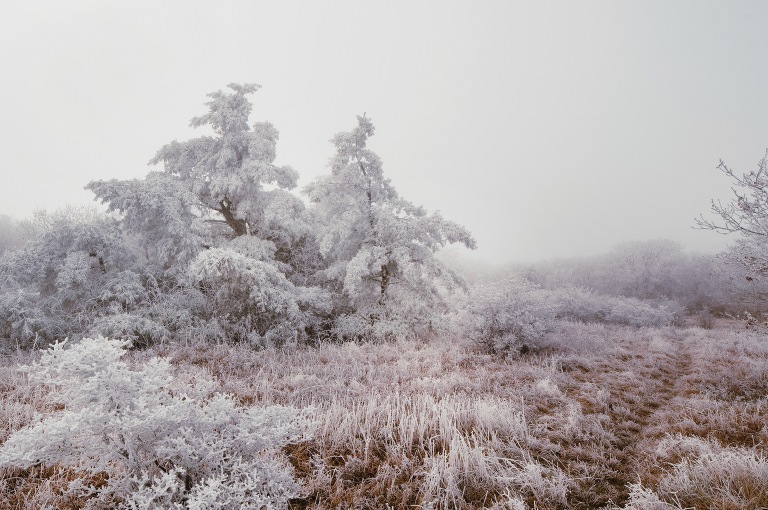 Posted in History
« A Fisherman
The Vroom Vroom »