I hear tell Mount Sterling is a haunted mountain..

“One of the more riveting stories to come out of Great Smoky Mountain folklore involves a cold-blooded killing of Union sympathizers by Confederate Captain Albert Teague during the waning days of the Civil War. On a raid into Big Creek, Teague captured three outliers of draft age. The three were tied and marched seven miles over Mount Sterling Gap near Indian Grave Branch where the men were executed by shooting. For many years a bullet-scarred tree remained as a gristly monument to these bewildered men. Before the men were killed, Henry Grooms, a noted Smoky Mountain fiddler, was forced by his captors to play a last tune on his fiddle, which, he’d clutched as he stumbled along. Grooms chose the famous “Bonaparte’s Retreat,” which throughout the mountains was forever recalled as “The Grooms Tune.” 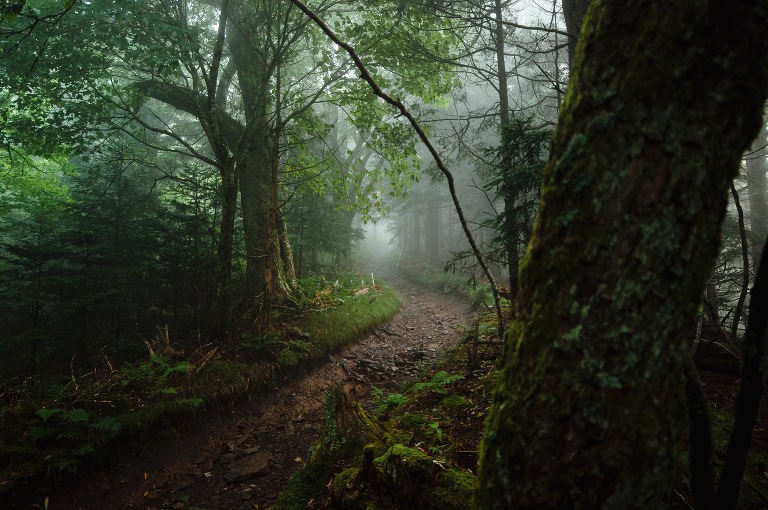